Top 3 Privacy Coins in 2022 and Why Businesses Accept them

Cryptocurrencies have fast become part of the financial mainstream, with many large and small businesses already incorporating them into their operations by 2022. However, having become a mainstream payment method, cryptocurrencies still maintain fringes within them that cater to special user bases and are yet to become as well-known as, let’s say, a currency such as Bitcoin. Privacy Coins are one such fringe. In this article, we will go over three of the more well-known Privacy Coins, their legality status, the impetus behind businesses accepting cryptocurrency and Privacy coins, and the overall role of these coins in anonymity.

A privacy coin is a cryptocurrency that does not require the user to provide any identification or other traceable information for transactions. In essence, Privacy Coins work the same as most other cryptocurrencies. However, in other cryptos, the transactions and the balance of difference are public as part of the overall blockchain transparency. Privacy Coins work the same with the notable difference that they add an additional layer of protective code that allows the users to hide this sensitive information in order to maintain their online anonymity.

Bitcoin is the world’s largest and most popular cryptocurrency. It is known as the mother of all cryptos, and it consistently has acted as the largest shareholder of the overall crypto market. However, Bitcoin is not a Privacy Coin. Bitcoin wallets, their balance, and the transactions that take place between them are all public records that can be accessed at any time and by anybody. While Bitcoin does help you make anonymous transactions to a degree, it is advisable to use actual private coins if you want to make sure that your online monetary activity is not tracked by anyone. Businesses like Cloudzy also offer the chance to buy Bitcoin VPS to make an example.

Monero, also known by its traded symbol of XMR, is the world’s most well-known privacy coin. Monero’s blockchain is essentially a heavily modified version of the same blockchain that Bitcoin also uses, with the difference that it is tailored to keep the users anonymous. Monero uses a proof-of-work system to complete transactions and reward the miners. The online signatures that work to confirm transactions are encrypted using the most complex methods out there. Each transaction also has multiple signatories, making the process of tracking a transaction next to impossible.

Zcash and Monero share a lot with the fact that they both have used the same blockchain as Bitcoin to come up with their own unique takes on Privacy coins. Zcash calls its unique privacy tool „zero-knowledge.“ With this protocol, each transaction is rinsed through multiple levels of different algorithms and validation processes, making the final hash unrecognizable from what it looked like at the beginning. If all of that wasn’t enough, each transaction can only be finished and later revisited using a unique generated key known as zk-shark. Zcash’s privacy feature can be toggled on or off, giving users diversity of choice in their crypto transactions.

DASH is another privacy coin that allows users to choose whether they wish to use their privacy features or not. DASH uses a highly specialized transition protocol known as the master nodes to effectively make each transaction masked on its blockchain. DASH is also known for its incredibly efficient blockchain that makes transactions very fast and very cheap to perform. DASH even masks the initial point of entry, meaning not even the source of the fund that you turned into DASH will be available to anyone.

As of yet, there is not any legal jurisdiction that has banned Privacy coins specifically. This does not mean that Privacy Coins are legal everywhere. While they are not directly banned, specific regions such as China and Russia have overarching bans on cryptocurrency that also indirectly includes Privacy Coins. However, in most regions of the world, Privacy Coins have the same legal status as standard cryptocurrencies. It is important to know that the realm of cryptocurrency regulation is constantly evolving, and there may be new legislation coming for privacy coins in different legal jurisdictions soon.

For businesses, it is profitable to include privacy coin payment options as it allows them to cater to a larger audience base. Especially in the world of online services, anonymity is highly sought after by certain user bases. Accepting Privacy coins is a prime opportunity for many businesses to expand their customer base. Many people on the web also look for online services and do not have the means of making a conventional payment due to their location. Accepting privacy coins by businesses is killing two birds with one stone.

Yes, they do. Tracking normal cryptocurrency payments is hard on its own. Using Privacy Coins takes this elusive quality of crypto payments to a whole other level by adding additional layers of data protection and privacy. While it may not be pleasant to hear, the fact that many illegal organizations use these Privacy Coins to easily make large transactions with minimal risk of detection is a testament to their capability to keep your monetary activity on the web off the grid. All in all, using Privacy Coins is your best bet for remaining anonymous on the web while making or receiving a payment. 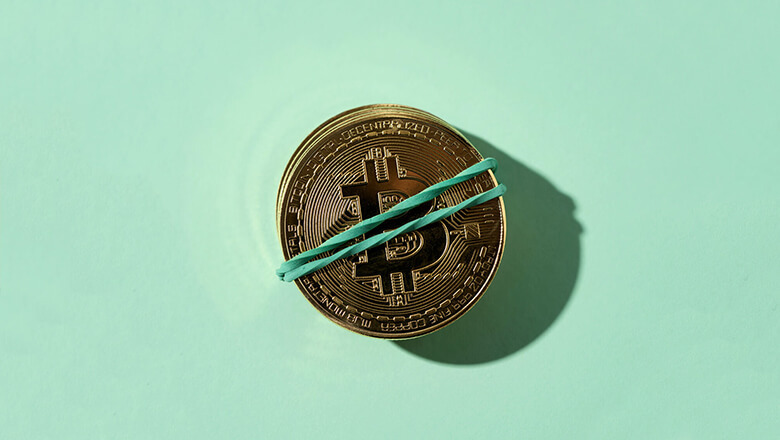 There are many businesses that accept cryptos as payments. There is no clear metric for exactly what businesses tend to do. But any business interested in larger client bases and international availability tends to accept cryptocurrencies. Tech giants such as Microsoft and Amazon accept crypto for certain services. Nord VPN, which is the largest VPN provider, also accepts them, among many other examples. At the same time, a company like Cloudzy has its own service package that allows you to buy anonymous VPS.

There are many benefits for businesses that accept and use cryptocurrencies. These include the aforementioned potential for new client demographics. It also helps businesses introduce themselves into a fully digital work landscape. Cryptos can also act as a digital hedge against inflation that would save the business money in the long run. This is also the case with the lower transaction fees that are paid. Finally, using crypto is great for circumventing any geopolitical trade barriers. It offers great monetary security and establishes a truly one on one connection between client and provider without any middlemen.

There are a lot of valid and credible Privacy Coin options out there, and we picked the three that we thought would be the most useful to you and ranked them. The world of online transactions and services is evolving at a staggering rate, and it does not matter if you’re a client or a business provider. It’d be smart to start getting along with cryptocurrencies and Privacy Coins for making and receiving payments before they become fully mainstream.