BREAKING: the 19 millionth bitcoin has been mined!

As of today, there are 19 million bitcoin in circulation. This means there are only 2 million left to be mined. Due to the maximum amount of bitcoin – 21 million – bitcoin is scarce. The inflow will only decrease in the coming years. 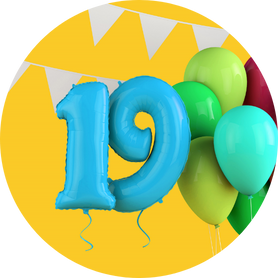 When will the last bitcoin be mined?

The bitcoin algorithm states that the last bitcoin will be mined around 2140. Thus, the mining of the current 2 million will be spread over the next 118 years. These are put into circulation by people who mine bitcoins, and this is also the only way bitcoins are made.

What will this do with the price?

When the milestone of 18 million bitcoin was reached, this didn’t have a big impact on the price. Such a milestone can provide a boost, but this will not be disastrously large. In October 2019, during the ’18 million milestone‘, the price did virtually nothing. At a psychological level of 20 million bitcoin, or 21 million in 2140 – which we hope to witness – this could have a little more effect.

Nearly 19 million #Bitcoin have been mined in the last 11 years. There’s only 2 million remaining for the next 150 years.

Think about that for a minute.