Andrei is the CTO of SwissClass Trade AG, an information security company that aims to protect businesses against cyber threats by offering a variety of services such as penetration testing, malware protection, cyber attacks recovery, 0 day attacks mitigation, security management, trainings & competitions. Moreover, he is also the President of Cyber Security Research Center from Romania – CCSIR, a Non-Governmental Organization that powers DefCamp – the largest Cyber Security & Hacking Conference from Central Eastern Europe. Andrei has over 8 years of experience in the IT & Cyber Security field. He has been awarded at more than 60 international and national competitions of web & software development, algorithms and security.

Former star-trader at Goldman Sachs, promoted to Vice President by the age of 26 and made the «top 30 under 30» list in Trader Magazine in 2008 and Forbes Magazine in 2011 after profitably trading the 2008 and 2011 crashes. Moved to Geneva-based macro fund Jabre Capital in 2011, before deciding in 2014 that the future of finance lay in blockchain technology. She studied Economics & Statistics at the University College London.

Urs Fischer has been Head of Digital Trust Services at Swiss Post since 2010 and CEO of the Swiss Post subsidiary SwissSign since 2012. Prior to that he had spent five years working for Swiss Post, with responsibility for the implementation of various strategic digital transformation projects as well as for strategic customer management.

Peter is a member of AdNovum’s executive board and responsible for the company’s IT consulting, sales, marketing and communication. He holds a degree in computer science and is interested in topics such as the use of digital identities, internet of things, security, modern software development and interaction design, FinTech, and content marketing. AdNovum offers its customers a full set of tailored IT services ranging from IT architecture and security consulting to the design, implementation and maintenance of customized business and security solutions. The offering also includes tailored support services and the products of the NEVIS Security Suite.

Andreas is managing director at SIX and in the role as the CIO for the SIX division Financial Information and responsible for Technology Innovation for SIX. He is board member and co-founder of the F10 FinTech Incubator and Accelerator in Zurich Switzerland. Andreas discovered his affinity to technology and finance already in the year 2000, where he was part of the first internet trading platform project in Europe. Today he is an active influencer and shaper of the FinTech scene in Switzerland.

Vincent is the newest partner at Innopay. He is a passionate collaborative innovator and a thought leader on digital identity and e-payments. He has 15 years of hands-on experience in innovating networked products in complex multi-stakeholder environments.

Marc Geiger is Associate Partner at IBM Global Business Services. In his role he is responsible for Business and IT Consulting as well as Application Development and Outsourcing Services for banks and insurances in Switzerland. He previously led the Operations Strategy Practice of IBM Consulting and delivered multiple complex projects. Marc is a Lean Sigma Master Black Belt in Process Optimization and holds a masters degree in Economics.

Pascal is a neuroscientist-turned-entrepreneur, Founder and CEO of Starmind. Having received his Master’s Degree in Neuroscience and Economics at the Swiss Federal Institute of Technology (ETH) in Zurich and Northwestern University in Evanston, IL (USA), he continued more in-depth studies at Northwestern University in Evanston and the Chicago Medical School, Illinois, USA. There Pascal connected living brains to mobile robots and was part of a pioneering team that created one of the first cyborgs. In 2010, Pascal Kaufmann together with Marc Vontobel founded Starmind International AG, a company that develops Brain Technology and real-time know-how networks ultimately leading to the creation of artificial brains for companies. Pascal believes in the power of the symbiosis of man and machine.

Thierry is CEO of TWINT Ltd., Switzerland’s first integrated payment and shopping app. TWINT is a spin-off of PostFinance. Before moving to TWINT, he was member of the Executive Board of PostFinance for 6 years. He joined PostFinance in 2003. Earlier positions include business consultant for an internet company and project manager for a bank. He studied Economics and is an Executive MBA from University of St. Gallen. Thierry Kneissler is married, father of two children and lives in Berne.

With almost 10 years of experience in venture capital, as a Managing Partner Cédric Köhler specializes in innovative business concepts in the technology sector. Prior to joining Venture Creathor Cédric Köhler worked several years as a business consultant at Synpulse in Zurich, where he was involved in projects in the areas of CRM, web applications, customer retention systems and business development. He has a master’s degree in business administration and majored in business informatics. He gained venture capital experience at the Technologieholding VC GmbH along with international work experience in France and the US in particular. He attended the European Business School in Oestrich-Winkel.

Bastian is the CEO of Werthstein. Before Werthstein and as Managing Director Marketing International, he led the marketing strategy and implementation of Credit Suisse’s marketing program across the Americas, APAC and EMEA region. A digital native, Bastian has leveraged the internet for client identification, acquisition and loyalty strategies since the late 90s. He studied business administration in Germany and holds an M.B.A. from the University of Chicago. For him, Werthstein is proof that the internet can further increase client intimacy in Wealth Management. 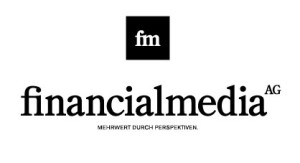