Polkadot: The Internet of Blockchains

Although the Blockchain space has matured significantly from the earliest days of Bitcoin, it has also fragmented due to an ongoing evolution of ideas. But it doesn't have to be

Although the Blockchain space has matured significantly from the earliest days of Bitcoin, it has also fragmented due to an ongoing evolution of ideas. But it doesn’t have to be this way.

Polkadot is a blockchain technology solving the most pressing issues of scalability and extensibility, while completely obsoleting the public/private blockchain dichotomy by allowing any number of feature sets to exist in the same interoperable network.

On Polkadot, we see high-value chains such as Bitcoin or Zcash coexisting alongside „theme chains“ and test-net chains with near-zero fees. We see fully-encrypted, „dark“ consortium chains operating alongside – and even providing services to – highly functional open chains such as Ethereum. We see experimental new VM-based chains used as a means of outsourcing difficult compute problems from a more mature Ethereum-like chain or a more restricted Bitcoin-like chain. We see all of this and more, happening on Polkadot, the Internet of Blockchains.

Look forward to see you there. 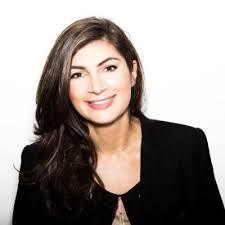 Mona El Isa former star-trader at Goldman Sachs, promoted to Vice President by the age of 26 and made the “top 30 under 30” list in Trader Magazine in 2008 and Forbes Magazine in 2011 after profitably trading the 2008 and 2011 crashes. Moved to Geneva-based macro fund Jabre Capital in 2011, before deciding in 2014 that the future of finance lay in blockchain technology. She studied Economics & Statistics at the University College London.