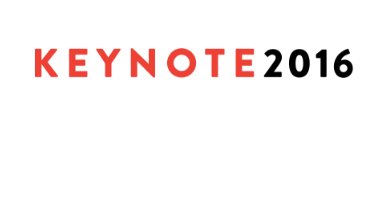 WE ARE AT THE BEGINNING OF A TECHNOLOGICAL REVOLUTION Look, we know there are 1000+ other technology conferences you can attend this year, filled with lame speeches and fluff. That’s why

WE ARE AT THE BEGINNING OF A TECHNOLOGICAL REVOLUTION

Look, we know there are 1000+ other technology conferences you can attend this year, filled with lame speeches and fluff. That’s why we’re here. Keynote 2016 is carefully curated to teach you about next-level, actionable innovation and technology you can utilize the very next day.

We meticulously scout out the best of the best, choosing fantastic speakers to teach you about the strategies, technologies, and innovations they’ve developed and mastered.

We’ll be covering a wide array of topics, such as The Blockchain, Bitcoin, investing, regulations, startups, the Internet of Things, growth hacking, and more (phew!).

150+ OF THE WORLD’S MOST FAMOUS SPEAKERS

12 OF THE WORLD’S MOST INNOVATIVE FINANCIAL CONFERENCES/h2>

THIS IS THE BEGINNING

Everything you know about finance is about to change. Over the last 7 years an experiment called bitcoin has created and proven a new kind of financial technology: The Blockchain.

The Blockchain is a new, smarter way to track financial transactions and contracts. They are faster, safer and more efficient than any ledger ever before. They are set to rock the financial world. Are you ready?

WHY THE BLOCKCHAIN IS BIG NEWS

To modernize, streamline and simplify its administrative functions, NASDAQ has recently invested more than $100 million in implementing this new tech across the world’s second largest exchange.

Visionaries like Apple’s Steve Wozniak, entrepreneur Jeremy Allaire and Virgin’s Richard Branson are investing millions in this new technology. They are among the first to see how valuable distributed ledgers are about to become.

Now in its fifth year, Keynote is the longest running and most attended financial conference for the bitcoin, blockchain, and currency industries.

Following the success of conferences in Amsterdam, Miami, Chicago, and Los Angeles, hundreds of senior executives will travel to Dubai on May 30th to discuss the bright future of Bitcoin and Blockchain, the most successful virtual currency in the world.

Bitcoin is making waves in both the media and financial world. With government regulators and online retailers finally recognizing the power of Bitcoin, this virtual currency is set to change the way we handle money.