BLOCKCHAIN IS GAINING MOMENTUM We’re in the early stages of a mass transformation in industry, the third phase of the information age. The first phase saw the introduction of

We’re in the early stages of a mass transformation in industry, the third phase of the information age. The first phase saw the introduction of computers, in the second phase they became interconnected and gave rise to the digital economy. The third phase is now among us. Computers and digital technology are now ubiquitous, we have more data than we know what to do with and we’re redefining sectors that seemed untouchable for decades.

We are in the age of realignment and that’s where we find Blockchain technology. A distributed ledger, born from clever mathematics and a desire to transact anonymously while maintaining trust on both sides of the exchange. The world is starting to wake up to the vast number applications for such technology. The internet changed the world in 20 years. Blockchain will do it in 10. Welcome to year one. Welcome to Blockchain Amsterdam.

Don’t miss out on Amsterdam’s premiere Blockchain event. Things kick off on June 9th with The Blockchain Conference. Hear first hand from the people that are creating the future. Expect inspiration, talks, panels, demos and plenty of time to engage with attendees and speakers. We’ve run the Blockchain Conference in London, New York, Hong Kong, San Francisco and now we’re bringing it home to Amsterdam.

Luis Carranza, Blockchain Entrepreneur and Founder at Fintech Worldwide 10.15 – 10.45   Blockchain Overview We’ll take a brief look into what makes Blockchain and distributed ledgers systems so disruptive and we’ll explore some of the  key mechanics.

Adi Ben-Ari, Co-Founder and CTO of Applied Blockchain 10.50 – 11.20  Assets On The Blockchain This session will cover how distributed ledgers are a natural fit for asset transactions, both physical and synthetic. We’ll also examine what key industry player are doing to make this a reality.

11.25 – 12.30   Meet The Blockchain Companies Meet the startups that are changing financial services. (8 minute presentations followed by a 20 minute discussion. 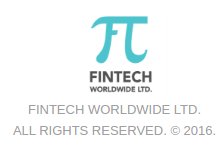