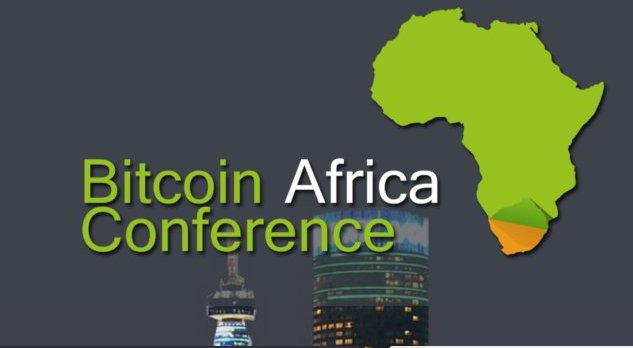 Speakers IAN MERRINGTON Ian is the Master of Ceremonies of the Blockchain & Bitcoin Africa Conference 2016. Ian is the CEO at The Cape Innovation and Technology Initiative. He is passionate

IAN MERRINGTON
Ian is the Master of Ceremonies of the Blockchain & Bitcoin Africa Conference 2016. Ian is the CEO at The Cape Innovation and Technology Initiative. He is passionate about the role of innovation in solving the challenges faced by modern societies.

Prior to his present role, he spent several years in advertising and consulting services, during which time he was Group Financial Director of BBDO and later Chief Operating Officer for iKineo, a leading Pan-African customer engagement firm.
>> Linkedin

KATHRYN HAUN
Kathryn Haun is a federal prosecutor with the U.S. Department of Justice. Since 2006, she has served as Assistant U.S. Attorney, first in the Washington D.C. area and now in San Francisco, California. She has investigated and prosecuted hundreds of violations of federal criminal law in U.S. courts, with a focus on transnational and organized crime syndicates, the deep web, money laundering, virtual and digital currency providers and – alongside parallel SEC and FinCEN civil enforcement actions – their compliance with the Bank Secrecy Act. She works closely with European law enforcement and regulatory bodies, including EUROPOL and the European Cybercrime Center.
>> Linkedin

MARCUS SWANEPOEL
Marcus is Co-founder and CEO of BitX. BitX, a global cryptocurrency platform that provides Bitcoin products and services including wallets, exchanges, merchant integration and APIs to consumers, businesses and developers. Before co-founding BitX, Marcus worked for Standard Chartered in Singapore, and 3i and Morgan Stanley in London. He holds an MBA from INSEAD, is a qualified Chartered Accountant and CFA charter holder.
>> Linkedin

OF. G-J VAN ROOYEN
Prof. G-J is the Co-founder and CEO of Custos Media Technologiesa digital rights monitoring service for the media industry. The company embeds bitcoin bounties as watermarks within videos, which can still be watched normally but if the media passes out of the control of the intended recipient there is a small bitcoin reward that can be collected by one downloader using a free tool.
>> Linkedin

SIMON DE LA ROUVIERE
Simon is the Engineer of Societies at ConsenSys. Simon builds decentralised applications for use in the music industry, online communities and the developing world. He has been in the Bitcoin/blockchain space since 2011, developed a decentralised band around a full blown cryptocurrency, and is writing a book on the blockchain.
>> Linkedin

TIANA LAURENCE
Tiana is the Chief Marketing Officer of Factom. Factom is using blockchain technology to change how businesses manage data and keep records. Factom lets developers use the blockchain to build applications. Factom melds security, accessibility, and innovation in such a way that will undoubtedly expedite the use of blockchain technology for non-monetary purposes.

VERENGAI MABIKA
Verengai is the lead business developer at BitFinance, a bitcoin exchange in Zimbabwe that allows its users to buy and sell bitcoin and currently the sole enterprise in Zimbabwe that is not only exploring bitcoin technology but also exploring its use in business

Bitcoin Events Pty Ltd recently held its very successful inaugural Bitcoin Africa Conference in the heart of the beautiful Victoria and Alfred Waterfront in Cape Town, South Africa on 16-17 April 2015. It bought together bank executives, members of the South Africa Reserve Bank, Financial Intelligence Centre (FIC) and Treasury department as well as merchants, investors, venture capitalists, start-ups and Bitcoin enthusiasts who were all interested in what Bitcoin is and how it is changing the way we do business.

Bitcoin Events Pty Ltd will be hosting its second conference in Johannesburg, on the 3rd and 4th March 2016.

Attendees will have the opportunity to network with professionals and experts in the field both locally and internationally.