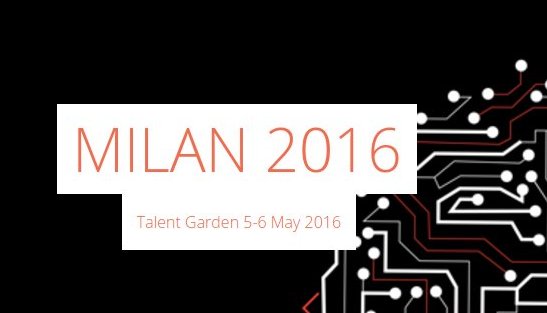 FinTechStage is a conference with an unconventional format that brings together a unique network of innovators obsessed with driving entrepreneurship and investment in Fin Tech. The goal is to connect three

FinTechStage is a conference with an unconventional format that brings together a unique network of innovators obsessed with driving entrepreneurship and investment in Fin Tech.

The goal is to connect three communities such as FinTech startups, investors and financial institutions at the aim to foster the innovation and the collaboration among all the international players in the sector.

FinTechStage, founded at the beginning of 2015 by Lazaro Campos and Matteo Rizzi, became quickly a landmark in the FinTech field and it was organised in 4 different countries around the world (Italy, Spain, Argentina and Luxembourg) involving more than 100 top influencers and over 1200 attendees.

Lázaro Campos is a management advisor and board member in digital payment ventures. He counsels start-up companies in their road to Series

A funding and consults for Financial Institutions worldwide in support of their Innovation agendas.

He is a Non-Exec Director of miiCard Ltd (a start-up offering digital trust and online identity verification based on bank-account data), a member of the Advisory Board of Payoneer Inc (an industry-leading global business payment platform), and a member of the Board Financial Crime Risk Committee of Standard Chartered Bank.

Lázaro served as the Chief Executive Officer of SWIFT, the global banking network, from April 2007 until July 2012 where he defined and led an aggressive strategy to re-position company as a commercially driven, customer centric and efficient cooperative. He also launched an ambitious innovation program that positioned company as catalyst for innovation in industry (Innotribe).

Prior to that he held diverse management positions at SWIFT including Business Development EVP and Marketing EVP among others. Before joining SWIFT, he served in the international division of Banc Agricol. Mr. Campos has over 25 years of experience in international financial services and ICT.

Lázaro is Spanish, married and father of three children. He is a motorcycling enthusiast, skiing and sailing aficionado, avid reader and great cook (well, in his humble opinion).

Matteo is a polyglot executive (Italian, English, French and Spanish) with 20+ years of experience in technology and financial services.

In his 13 years at SWIFT, the global financial cooperative, Matteo covered various positions in sales and global account relationship, and in 2007 he founded swiftcommunity.net, the communication platform 2.0 to foster interactive dialogue in the SWIFT financial community.

In 2008 he co-founded Innotribe, the innovation arm of the cooperative. Soon after he launched the Innotribe Startup challenge, the first global challenge for fintech entrepreneurs, as well as the Enablers group, a cross-industry group mentoring Innotribe and SWIFT on strategy and financial trends.

In 2013, Matteo became a Partner in SBT Venture Capital, one of the first funds (100 m USD) solely dedicated to Series A FinTech investment.

SBT Venture Capital has made some ten investments in promising start-ups to date.

Financial News has nominated Matteo as one of the 40 most influential fintech executives in Europe, and Bank Innovation (US publication) named him in the “30 Innovators to watch in 2014, shaping the industry”.

Matteo holds a University degree in Computer Science (University of Genova) and a Post-graduate in Financial Transactions (Solvay Business School).