KexCoin and Kexgill are revolutionising the property market

Necessity is the mother of invention. That is how the saying goes, and by coincidence is what KexCoin is doing during the post-Brexit years. The uncertainty of the relationship between the European Union and the United Kingdom has left a weaker pound. And while it is impossible to tell if the future of the EU and UK will be bright or not after the negotiation talks end, the reality is that right now there is a level of uncertainty that has left the real estate market in a state of limbo.

The reason for this high degree of unpredictability is because banks control the capital that most real estate firms need to expand operations. And, as of this writing, the majority of banks are more preoccupied with future interest rates and the value of the pound than they are with the current reality that more and more students are looking to move to the United Kingdom to further their education. Ergo, banks are not as willing to lend as they used to be, which is harmful to real estate firms and student looking for accommodation in the UK. It is this one-sided relationship between banks and companies that KexCoin is seeking to change.

KexCoin (ticker: KEX) is cryptocurrency created with a real-world application in mind. The coin will be used to purchase property which will generate income through rent fees. KexCoin is the first ICO where there are guaranteed profits built into the business model. Most ICO revolt around the potential earnings that the idea could generate, from cloud computing to wifi there is nothing that backs up 99% of the current ICOs beyond the possibility of profit. That is why most ICOs tend to fail. However, KexCoin is all about reinventing a market the market that will always generate income.

And to further solidify their earnings, KexCoin has the backing or the Kexgill Group. For those who do not know, the Kexgill group has earned multiple accolades for being one of the best private student landlords in the United Kingdom. Furthermore, Kexgill has been around for nearly 40 years, and hold assets of over £120 million. 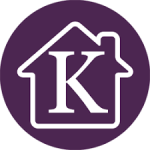 The coins are based on the BitShares blockchain and are currently available to purchase by visiting KexCoin website, https://kexcoin.com. The cost of each KexCoin token is 0,0025 BTC per KEX, and there are a total of 8.5 million tokens available to purchase (85% of all tokens created). The sale period will end on the 15th October 2017. Once this time ends, the unsold KEX will be publicly burned and the funds collected will be used to purchase the identified properties.

The project is estimated to reach finality in 2047 or 30 years from the date of the ICO. The reason for it is due to how KexCoin guarantees that the value of their currency does not see itself affected by external factors like inflation. KexCoin will have a buy-back window ever quarter for investors who want to cash out. The KEX bought during that period will be burned, which guarantees that the remaining tokens will increase in value due to scarcity.

KexCoin is the perfect blend of technological vision and a solid profit earning strategy. People who buy KexCoin will receive a share of the net profits made by the properties purchased with said tokens, guaranteeing a constant return on investment. If you are interested in this revolutionary idea, visit https://kexcoin.com and join the real estate revolution.