CEX.IO after the Bitcoin Hard Fork

History will be quick to point out that most of humankind’s noteworthy journeys ever did in fact encounter a diversion or two along the way. And, what a spectacular trek it’s been for Bitcoin this far. Continue reading to see why the world’s number one cryptocurrency arrived at a hard fork on its path recently. Also, what the outcome of this notable event was and the way forward from here is.

Hard fork involves the concepts of blockchain and Bitcoin mining, therefore a quick recap on these topics should help us grasp recent developments better.

When the mysterious Satoshi Nakamoto invented Bitcoin in 2009, blockchain was included in the design. It represents the operating system that underlies the borderless digital currency, which exists completely outside of traditional (fiat) banking structures.

All Bitcoin transactions on the planet flow through its blockchain “spinal cord”, where they’re tracked & registered on a collective record, called the distributed or decentralised ledger. Simply put, this accounting system spreads over a vast network of computers around the globe.

The people and their technology who keep the decentralised ledger checked and balanced, are called Bitcoin miners. They are also rewarded in the cryptocurrency for their services.

Okay, I get it. So, when did the Bitcoin hard fork occur and what’s different now?

On 1 August 2017, a second blockchain appeared to the original Bitcoin one. The event is called a hard fork because it compares to a single path offering two alternative routes after the road has forked. Previously, there was only Bitcoin (BTC). Now, we have Bitcoin (BTC) and Bitcoin Cash (BCH). 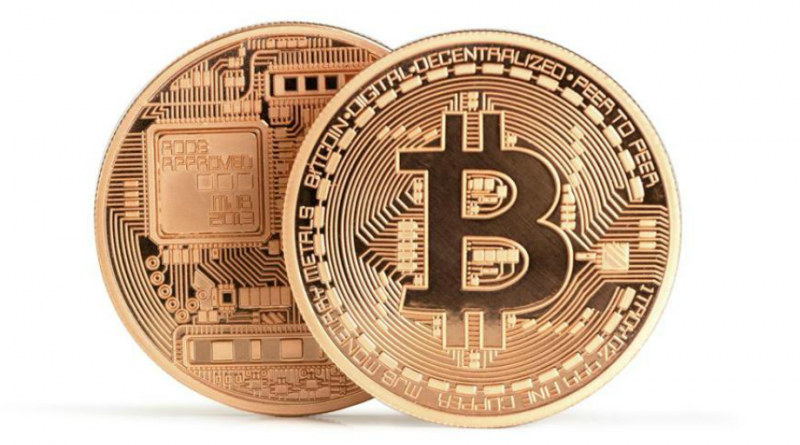 Why did Bitcoin split?

The short answer is that existing structures could not keep up with the ever-increasing demand for Bitcoin. The situation led to a slowdown in transactions, causing delays, which severely hampered Bitcoin’s continuous rise.

The backlog was caused by Bitcoin’s original code only allowing a pre-set, limited amount of transactions to be processed in any of the blocks making up the blockchain. In earlier days, the smaller block sizes posed no problem, because the demand for Bitcoins was still busy ramping up. However, as of late, a grander scale was required to handle the meteoric trade levels.

Although it did become abundantly clear to most stakeholders in the Bitcoin community that an urgent solution was needed to speed up production of the virtual currency, there was a major disagreement on how to achieve the required outcome. Popularly referred to as the “scaling debate”, two major camps on the issue evolved among Bitcoin miners.

One fraction of miners supported the “BIP 91” solution. It aimed at freeing up space within existing blocks (raising the 1MB transaction limit to 2MB), by moving some of the data outside the blockchain to an area called “SegWit”, which is short for “segregated witness.”

The second camp of miners rejected BIP 91 as it would reduce their mining fees earned, also, they said, increase the transaction size by too little. Instead, they made a counter-offer. Quite simply, this entailed the start of a second blockchain for Bitcoin, with larger block sizes (8MB transaction limit) that can store much more data, leading to significantly faster processing times.

The voting time came and resulted in the birth of the second Bitcoin blockchain i.e. Bitcoin Cash (BCH).

How does the Bitcoin hard fork affect me?

Simply by looking at the hard facts, history and forecast, we believe that now is a perfect time to stock up on your Bitcoins.

The above graph indicates a strong, sustained, upward trend in the price of Bitcoin, which is currently traded around $4,400.
Renowned Harvard University academic, Denis Porto, has recently remarked that “since Bitcoin’s inception, its price has doubled every eight months.” He also believes that, if the Bitcoin price continues to compound exponentially, the way it has done, then it has the potential to reach $100,000 by the year 2021.

Where can I purchase my Bitcoin?

The market is now overcrowded with different exchanges, offering a wide range of cryptocurrency trading services. Not surprisingly, the customers are facing a difficult choice over what exchange to use as a safe haven for their money.

CEX.IO is the Bitcoin Exchange you can trust. Unlike many exchanges that are popping up and abruptly vanishing, UK-based CEX.IO has a long-standing reputation as it was established way back in 2013. Since then CEX.IO has acquired the MSB (Money Services Business) status in FinCEN and become fully compliant with all necessary regulations and standards imposed upon any legal entity.
As a market leader, CEX.IO makes every effort to ensure positive experience for their customers and facilitate cryptocurrency trading on their platform. With the introduction of a credit card payment option CEX.IO made cryptocurrency deposits and withdrawals easy and fast from almost everywhere in the world. As of today, the customers are welcome to use VISA, MasterCard and bank transfers to buy and sell Bitcoin and other cryptocurrency at the most favorable rate.
In addition to Bitcoin and Ether CEX.IO has recently launched Bitcoin Cash support on their website and offers Bitcoin Cash trading for BTC, USD, EUR and GBP with a view to further expanding the Bitcoin Cash market and launching margin trading.

One thought on “CEX.IO after the Bitcoin Hard Fork” 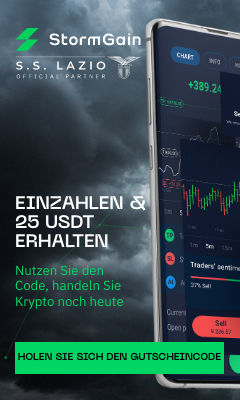 We bring together who matters in fintech This is the place where the industry moves forward. From global leaders to new challengers and

We bring together who matters in fintech

This is the place where the industry moves forward. From global leaders to new challengers and from tech giants to scrappy startups, we catalyse change through the collision of people and ideas. We don’t just observe and react. We power new strategies and partnerships that transform mindsets. We shape the future.

With 1000+ companies already attending (and growing every day), get back to business IN REAL LIFE on 21-23 September in Amsterdam.

Don’t just take our word for it though. Watch the video to see the incredible reactions from a few fintech influencers.

We already knew it was radically different, and the opinions of these industry powerhouses tell the same story. Now check the agenda out for yourself.

When Money20/20 met the Mayor of Amsterdam

That’s right. Our very own Money20/20 President, Tracey Davies met up with the Mayor and Deputy Mayor of Amsterdam to discuss how we’re bringing fintech’s boldest and brightest community back together where they belong – IN REAL LIFE.

We’ve reimagined our show to ensure every turn fuels the powerful encounters and conversations that only coming together in real life can spark.

Sounds intriguing right? Check out your brochure to find out more.

What does our community have to say?

See what industry leaders from Amazon Pay, Barclays, Feedzai, Starling Bank and others have to say about the ROI Money20/20 delivers.

Thousands of decision makers at your fingertips

Register today to gain immediate access from 1st September to connect and pre-book your business meetings with a whole roster of industry leaders including Banco Santander, Curve, Plaid, Deutsche Bank, Spotify, Visa, Coinbase, Barclays, PayPal and so many more.

Fintech’s biggest challenges will not be solved in isolation. They need the industry’s boldest and brightest community to come together.

Introducing Think Tank. An immersive agenda feature bringing 8 groups of up to 30 selected industry players to ideate and co-create a solution for the most complicated problems we face together.

Need to convince your boss?

We don’t need to convince you that Money20/20 Europe is the only fintech event you need. However, we do know that sometimes it’s hard to make a case with your boss. That’s where we come in.

Together, we create magic

This is not your average branding exercise. This is your chance to be part of fintech’s beating heart.

This September, Money20/20 will be alive with pop-up experiences, secret spaces, surprise events and visionary minds. Being part of the show doesn’t just guarantee you exposure, connections and growth, it makes you an integral part of the frontiers of fintech.

Game Theory, despite its playful name, was developed primarily for the needs of military strategy (especially in the nuclear conflict during the Cold War). Bitcoin is, by design, firmly grounded

Game Theory, despite its playful name, was developed primarily for the needs of military strategy (especially in the nuclear conflict during the Cold War). Bitcoin is, by design, firmly grounded in Game Theory, giving financial incentives to miners and full nodes to make uncensorable, pseudonymous transactions with hard money. Thus Bitcoin was made to be resilient, robust, flexible, and utterly antifragile. However, while “blockchain”, as the underlying technology of Bitcoin, has been given much attention by the media, Bitcoin’s unprecedented innovation in applied Game Theory has remained largely unnoticed by the outside world and not widely discussed.

In this talk, Dr. Sabina Sachtachtinskagia will summarise the role of Game Theory in the Bitcoin’s ecosystem in the past, present and future. She will reveal Game Theory as the invisible force that coordinates the decentralised behaviour of multiple agents, prevents any external pressure on Bitcoin and allows the counter-attack.

As one of the important examples, the role of electricity usage in creation of hard money with Proof of Work will be discussed.

The more recent developments in the Bitcoin ecosystem, such as the Lightning Network and the smart contracts over Bitcoin (RGB protocol), are also extensively based on Game Theory and provide tools for further expansion of Bitcoin-related projects.

Last but not least, this talk will also examine the challenges that any project in the Bitcoin ecosystem faces when designing its economic incentives, business model and resilience strategy. Methodology of how to overcome these challenges will be presented. Careful design is essential, since alterations can be very hard once deployed on blockchain, and strategic or economic “hacks and exploits” can be as deadly for a project as hacks in its code.

Your registration is only valid with an LN payment.

2. The LN invoice will redirect you this form – please fill in to allow us to reconciling your payment with your registration: https://forms.gle/XJGcQ4P6Fdi6TWvs5 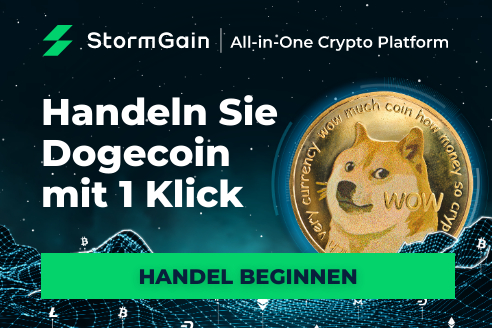