Bitcoin Empire is a card-based building and resource management game. You can play it with up to three other people.

We all want to share our love of Bitcoin but it can be difficult to get your friends involved. This game introduces people to crypto-currency in a new and enjoyable way.

Compete with your friends to collect the most bitcoins before they do. Choose a character and build bitcoin exchanges to make money. Employ skilled professionals to help you. Hinder your competitors with lawsuits, hacks and smear campaigns. Protect your company with bribes to maximize your profit.

The full colour poker sized cards are made by an expert team and printed on the finest materials. The card game is beautifully designed and very fun to play 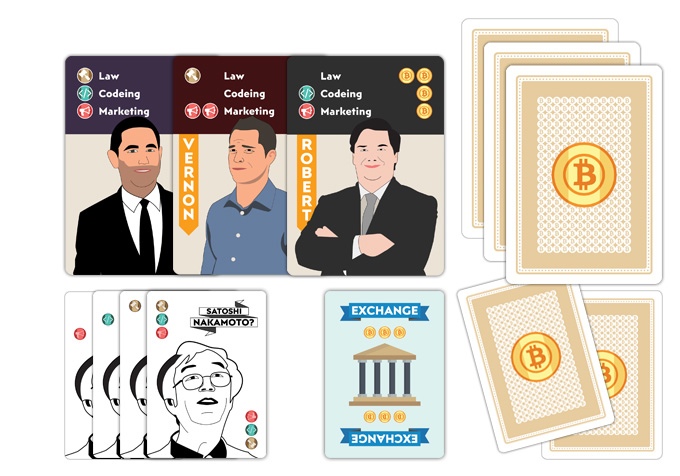 Each player selects a character card. The characters are pretty evenly matched but you can use a dice roll or coin toss to settle fights over popular characters. Next, each player is dealt two cards from the deck. Each turn is comprised of three phases: The mining phase, the draw phase and the action phase.

Your character and exchanges generate one bitcoin each. Draws one card, secretly looks at it and place it face down under each of your exchanges/character. Each exchange/character has a card limit denoted by bitcoin icons.

Add one card to your hand. You can either draw a card from the deck or pick up a face down card from your exchanges/character.

Reveal one card from your hand to the other players and resolves it’s function. During the action phase, you have a lot of options. You can:

Build an exchange by placing it face up to the right of your character.

Employ a professional to work for you by placing a skill card under your character card.

Claim to be Satoshi Nakamoto – increasing all of your skills.

Sign a message from the Genisis block – increasing all of your skills and causing all of the Satashi Nakamoto cards to be discarded.

If your law skills are greater than another player; you can play a lawsuit card against them causing one of their face down cards or exchanges to be discarded.

If your codeing skills are greater than another player; you can play a hack card against them causing one of their face down cards or exchanges to be discarded.

If your marketing skills are greater than another player; you can play a smear campaign card against them causing one of their face down cards or exchanges to be discarded.

The headhunter card allows you to take a skill card from another player’s character and add it to yours.

Lawsuit, hack, smear campaign and head hunter cards played against you can be negated by revealing a bribe card. Both the bribe card and the attacking card are discarded.

End of The Game

The game ends upon completion of the player’s turn drawing the last card from the deck. The player with the most bitcoin (face down cards in front of them – not including the cards in their hand) wins the game.

We’re offering customised character cards in addition to the standard game characters. Become a character in the game! Send us a photo of yourself (or a friend) and we will illustrate you and create a character card with your chosen statistics. But be quick as we only have four cards available. 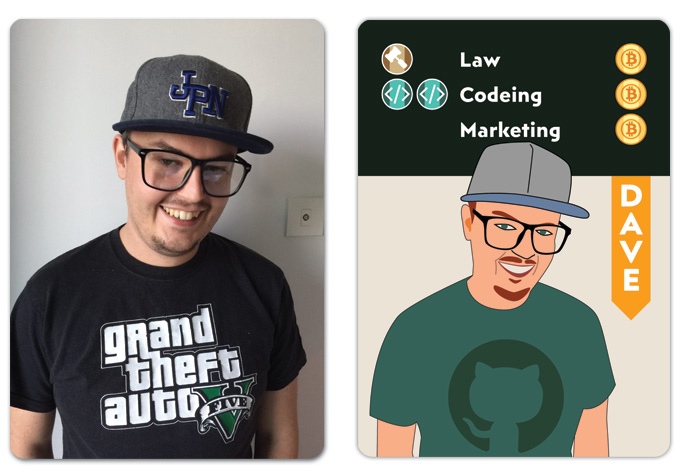 Thanks for your support

We’re excited to deliver Bitcoin Empire to you before Christmas. You can buy our games for as little as £20 (that’s about $30) with free international shipping!

Share our campaign and help us to reach our Kickstarter goal.