IMF’s Managing Director Tobias Adrian believes algorithmic and unsecured stablecoins are a major threat to investors. According to him, it is possible that some stablecoins will disappear this crypto winter. 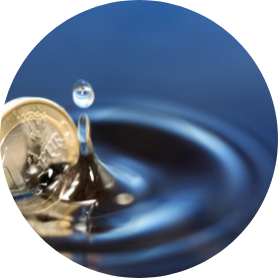 Speaking to Yahoo Finance on July 27, Tobias Adrian shines his light on the state of the crypto market.

„It is possible that we will see some more waves of selling, both in crypto-assets and in risk-assets and stocks. Furthermore, some digital coins may fail, with algorithmic stablecoins being particularly vulnerable“

Furthermore, Adrian indicates that he also sees weakness in stablecoins backed by fiat money, referring specifically to Tether. Adrian claims that Tether and some other stablecoins are not covered „one-to-one“ with US dollars. Later in the conversation, Adrian also gives his view on how he thinks the sector should be regulated.

If it were up to Tobias Adrian, a global approach would be needed to crypto-legislation. He believes this is necessary, because it is the only way to properly protect investors. Adrian also has ideas about how to do this.

„It is difficult to determine for each cryptocurrency whether it qualifies as a security, which is why legislators should focus on the responsibility of exchanges“

According to Adrian, it is up to exchanges to examine the coins they list on their platform and make sure they are not nonsense. How exactly he envisages this is not clear. After all, as an exchange platform, you cannot know everything about a project.

Terra USD and the LUNA token linked to the ecosystem were also worth 40 billion dollars together. Hardly anyone had seen the collapse of that protocol coming. Otherwise it would never have been worth $40 billion. You cannot expect trading platforms to always offer security. Although a certain degree of scrutiny might not be harmful. There would have to be standards for that.

Terra USD will not be the only fallen stablecoin

So Tobias Adrian is predicting more fallen stablecoins this crypto winter. Most people know that Terra USD imploded this year, but few are aware of Deus Finance’s DEI stablecoin. This project also collapsed in May and now stands at $0.18. Earlier this month, Sam Kazemian, the founder of Frax Finance, told Cointelegraph that he believes pure algorithmic stablecoins „just don’t work.“

Interestingly, Frax Finance has its own FRAX stablecoin which is part covered and part algorithmic. FRAX uses Circle’s USD Coin as part of their collateral. DAI, a decentralised stablecoin from Maker Protocol, also uses USDC. The more they manage to expand their market cap, the more USDC is needed.

In a way, this also creates a risk for USDC. Suppose, for instance, that FRAX or DAI collapse, then there is a chance that USDC will go with them. Especially if the market is not aware of the collapse of either one of them. But that chance seems small. Kazemian also sees this as the only major danger to the ecosystem.