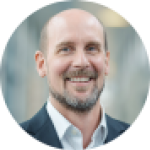 Uninterrupted, good quality mobile phone reception is extremely important to rail passengers. In technical terms, it’s the pièce de résistance for every network provider because the demands on bandwidth increase with data-intensive applications. Swisscom has now successfully achieved a transmission speed of over 1 Gigabit per second on a moving train under test conditions. This result sets a new benchmark for the mobile phone industry.

How do most people use their phones when on a train? Besides checking their mail and reading the paper, they also stream videos, play online games or work in virtual offices. This requires a great deal of bandwidth, meaning that capacity issues can prove particularly annoying. A Swisscom team has been researching and working on continuously improving mobile coverage for rail travellers and commuters for more than ten years.

The invention of a special type of glass for the train windows, which lets mobile telephone signals through, has made it possible to bring mobile coverage directly onto the train without intermediate components. However, coverage along train routes remains challenging as much more data is transmitted under the same conditions with each mobile phone generation. One possible solution is a specially designed antenna corridor along railway lines.

Swisscom has now made a major breakthrough on a test route between Biberlikopf and Kerenzerberg at Lake Walen with a newly designed four-kilometre antenna corridor: Swisscom engineers achieved a connection with 1.2 Gbit/s on a moving train. Christoph Aeschlimann, Head of IT, Network & Infrastructure at Swisscom says: “This concept sets a new benchmark for the mobile phone industry. Just one year ago, we had no idea whether this would be possible. We now have a solution that provides stable and reliable coverage for passengers as well as important insights for safety-relevant applications in rail transport.”

Another positive side effect is the lower transmitting power required due to the shorter distances between antennas and devices.

After evaluating the results, the test corridor will be further optimised and validated with measurements in the first quarter of 2021. The long-term goal is to achieve uninterrupted mobile phone coverage along the main routes for all mobile phone users and providers in Switzerland In terms of the antenna corridor, Swisscom has developed a feasible solution that is also available to other providers.

The test in detail

A four-kilometre antenna corridor was constructed along the railway line at Lake Walen for the test, in conjunction with network equipment supplier Ericsson. The proximity of the antenna to devices means the transmitting power is lower and the coverage along the railway corridor is more targeted.

In a step-by-step procedure, numerous combinations (4G and 5G mobile phone generations, seating position, type of train car, transmitting power, train windows, mast antennas, smartphone models, etc.) were measured and analysed over more than 200 train journeys. The project has shown that the antenna corridor is possible and offers good performance. Download speeds of over 1.2 Gbit/s were possible on a moving train with a combination of 4G and 5G. The 5G response time was four times shorter than 4G – an impressive 8 milliseconds.

In addition to network coverage, safety-critical applications on rail transport are another consideration. The existing GSM-R railway communication network standard will be replaced in the coming years by the new Future Railway Mobile Communication System (FRMCS). Good mobile phone coverage is also therefore crucial for rail companies as well as passengers.